Yesh! another Kant essay! This seems to be taking forever to produce! I am really trying to find a good way of communicating these little essays in the most readable way. This one is difficult only because it is hard to explain simply, it requires a rather blunt and erudite mechanism to expand. I simply want to have these essays as a jumping off point and a reference, so bluntness is good but erudition is not necessary. This will all make sense in the long run, I hope!

I am experimenting with this one to see how I can organize the content to make it easier to read and digest. If anyone happens upon this and would like clarifications email me or leave a comment about what you would like. I am going to call this “Notes on” because these essays are really notes on better and far more interesting essays! At the bottom there will be a link to this essay and Marx’s “Theses on Feuerbach.”

Kant’s “Idea for a Universal History with a Cosmopolitan Intent” is a strange place to leave off from the previous efforts but it is a political Kant, so therefor, it is a bridge between “What is Enlightenment” and “Perpetual Peace.” So let us get the murky stuff over with fast!—

Immanuel Kant has an initial problem of a universal history because he incorporates free will into the foray.[i] This project would philosophically be a far easier endeavor from a Spinozist or any other deterministic concepts for a universal history. However, as much as this would seem like a problem, it is glossed over in the preface and the first thesis. This is good for Kant … and me! (oh and you too!) This moves into a “species” history, which of course is a humanist piece, meaning he is defining man’s “end.” Mostly, what I am saying is that humanism in the philosophical case defines man as something; in Kant’s case it is Cosmopolitanism.

Kant’s solution is teleology and humanism. That may seem unnecessarily cumbersome to jump right in to teleology with out defining what this particular use is. Actually, Kant has a real solid definition in this essay’s preface, “Individual men and even entire peoples give little to the thought to the fact that that while each according to his way pursues his own end- often at cross purposes with each other- they unconsciously proceed toward an unknown natural end, as if following a guiding thread; and they work to promote an end they set little store by, even if they were aware of it.”[ii] First, I know Kant’s philosophy has the word “end” quite often, but I would in- all cases- infer the limit of duration of events or time. In this example “treat people as an end” would mean the act is limited to the action and the person. Secondly, the teleology is specific towards a human end. This anthropological history, defines man as both reasonable and with a goal.[iii] So when he describes the problem of a free will and a universal history, his solution is teleology and humanism.

Now that we passed the cumbersomeness of the explanation of the essay’s teleological humanism- I would like you to see the theses of the essay alone.

The theses in this essay

1st thesis: All of a creature’s natural capacities are destined to develop completely and in conformity with their end.[iv]

2nd thesis: In man… those natural capacities directed toward the use of his reason are to be completely developed in the species, not in the individual.[v]

3rd thesis: Nature has will that man, entirely by himself, produce everything that goes beyond the mechanical organization of his animal existence independently of instinct, can secure through his own reason. [vi]

4th thesis: This mean that nature uses to bring about the development of all of man’s capacities is the antagonism among them in society, as far as in the end of this antagonism is the cause of law-governed order in society.[vii]

5th thesis: The greatest problem for the human species, whose solution nature compels it to seek, is to achieve a universal civil society administered in accord with the right.[viii]

6th thesis: Man is an animal that… has need of master.[ix]

7th thesis: The problem of establishing a perfect civil constitution depends on the problem of law-governed external relations among nations and cannot be solved unless the latter is.[x]

8th thesis: On can regard the history of the human species, in the large, as the realization of a hidden plan of nature to bring about an internally, and for this purpose, also an externally perfect national constitution as the sole state in which humanity’s natural capacities can be developed.[xi]

9th thesis: A philosophical attempt to work out a universal history of the world in accord with a plan of nature that aims at a perfect civil union of the human species must be regarded as possible and even helpful to this objective of nature’s[xii]

A reading of the text

It is interesting and quite frankly how genius just the theses are created and ordered. It is really interesting to see how each thesis develops upon the previous thesis but also goes from the broad to the specific quite smoothly until the last thesis, which is mostly a proscription. For readers of Marx this conflict based history is similar but compare Kant’s 9th thesis with Marx’s 11th thesis in “Thesis on Feuerbach”: “The philosophers have only interpreted the world in various ways; the point is, to change it.”[xiii] I am not sure if this is a very interesting happy accident or whether Marx was actually referring to Kant. I am leaning on a happy coincidence. It does shed light in to the philosophy of Marx and Kant a great deal with only in comparison to the two theses alone.

The way that history moves is in two ways. They are humanity’s ability to utilize the tools and knowledge of previous generations and antagonism. [xiv]”What will always seem strange about this is that earlier generations appear to carry out laborious task only for the sake of later ones, to prepare for later generations a step from which they in can raise still higher the building that nature had in view…”[xv] Each generation will produce more task only by making the previous ones completed or easier. Working together builds higher but so does the conflict of the freed willed men, for they produce government[xvi]

It is interesting to see “man’s” inherent antagonism produce a civil union in the positive way, meaning it is productive rather than Hobbes’ negative civil union of what is not there or inactive. This contract is common but merely as a stepping-stone for stable external relationships between nations. Kant has a strange term for this, “unsocial sociability.”[xvii] Individual or groups desire for property or fame conflicts with each other creating antagonisms. This leads into a strangely paradoxical formulation: “Man wills concord: but nature better knows what is good for the species: she wills discord.”[xviii]

This discord brings about two different productive results. The first result is that humans have a “natural” motivation to overcome laziness.[xix] Apparently Kant’s number one sin is slothfulness. The second is that man needs a master; preferably the master will be a constitution. This antagonism will extend to other nations as well, because the discord, in particularly wars, will produce federations amongst states.[xx]

This all leads us to cosmopolitanism, which is not defined in this work, but in the next essay I will cover “Perpetual Peace.” Although, I will not cover that exactly now, we do have things to discover. It is interesting how passive “man,” the universal man, is to the text. All paths lead towards cosmopolitanism, it is not determined, but essentially man is cosmopolitan. This definition is not a particularly a radical definition, but perhaps expanded upon Aristotle’s definition of man as a “political animal.” Kant does start to define humanism here particularly in the liberal vein.

Questions it answers and raises

This essay finally answers part of the question the “What is Enlightenment?” raises. That question is how does public and private reason fit in to Kant’s teleological history that Foucault said it did. Apparently in two ways! The use of public and private reason are active tools that man has at their disposal to propel humanity towards its end, Cosmopolitanism. The second is that this essay broadly gives us a vision of Kant’s humanism. Humans are reasonable but have a tendency towards discord. However, we are forced to use our own faculties to end this discord, which is reason. I just tautologized.I really wanted to emphasize reason here.

This essay and “What is Enlightenment” were both written in 1784, and in that case should be familiar. However, it seems as if the essays were not aiming in the same direction. I must admit that this essay put the history of man in the passive, while “What is Enlightenment?” put man in the active. Perhaps the “Perpetual Peace” essay will not only answer the question of “What is Cosmopolitanism?” but how do these two essays reconcile. (it doesn’t so I am really going to have to write more essays on Kant’s political essays)

It important to remember that history is deeply connected with politics. This essay is interesting because it sets a productive course towards an acually interesting aim of peace and cosmopolitanism. Of course Kant had his own problems, to which I will hopefully get to soon, but it is also interesting to see how forward he was looking to. Perhaps this essay, written five year prior to the French Revolution, gives us not only insights in 18th and 19th century politics but an understanding into how we talk about politics now. It is better to look at the germ of where our discourses orginally sprung from to see the limits of them, but also to fully understand their own genealogies we can see the potentianal hidden with in them. Who doesn’t want peace!?!

Perhaps to delimit peace we must embrace cosmopolitanism. Or perhaps something else! Perhaps this document will lead us in entirely opposite direction! I am uncertian entirely at this moment. 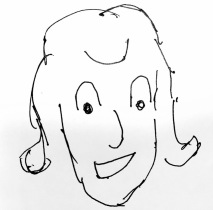 [i] Immanuel Kant Perpetual Peace and Other Essays trans Ted Humphrey “Idea for a Universal History with a Cosmopolitan Intent” (Indianapolis: Hackett) 1983 p 29 (lines 17-18 really cover it, which is basically the first paragraph

[xiv] Immanuel Kant p 31 (both the third and fourth theses)

Not much View all posts by rowerobj